Through Time:  the Temporal Distribution of Motif 2 During the Period 575-650
All 16 sites were dated by dendrochronology and/or radiocarbon analysis, as shown in the chart below.  The longer horizontal lines indicate the general period of site occupation, while the short lines indicate a single dendrochronological date. 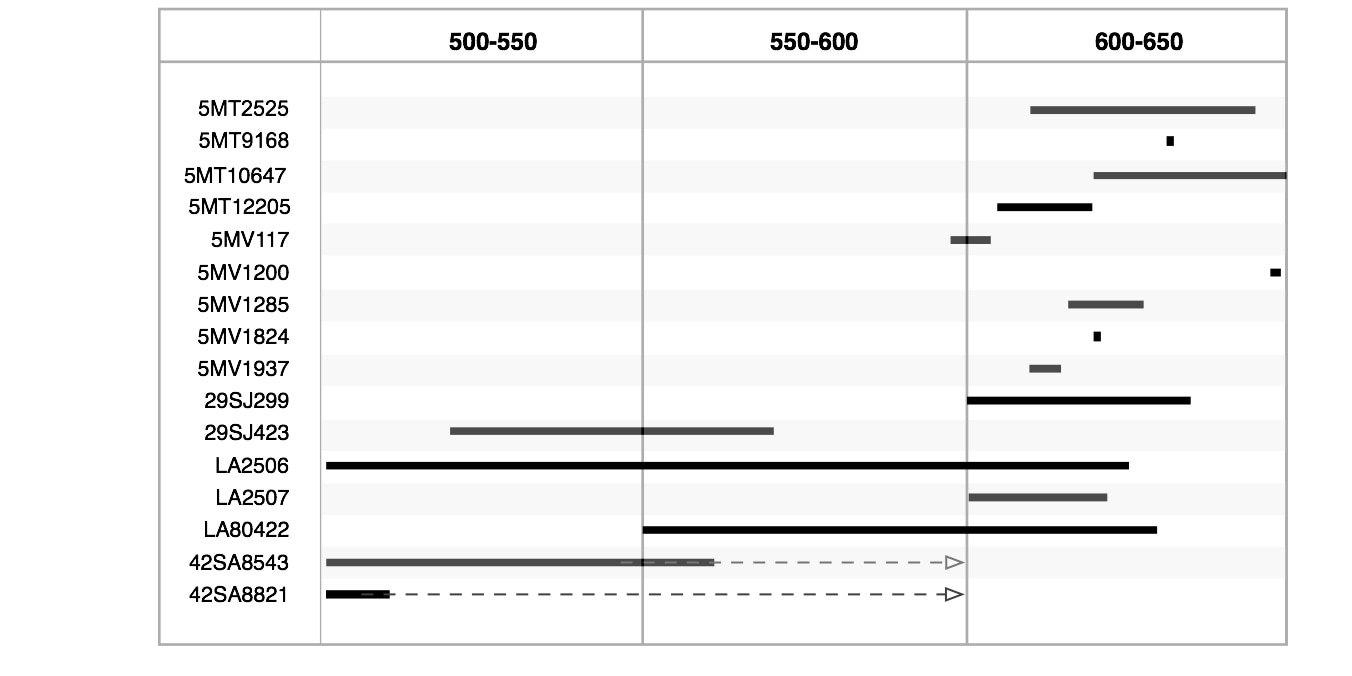 The nine Colorado sites were occupied almost entirely between 600-650.  Of the five New Mexico sites,three were occupied prior to 600, and the remaining two were roughly contemporaneous with the Colorado sites.  The two Utah sites have such wide date ranges, and the possibility of old wood use, that they cannot be categorized further.