Through Time:  the Temporal Distribution of Motif 1 During the Period 575-650
All 17 sites were dated by dendrochronology and/or radiocarbon analysis, as shown in the chart below.  The longer horizontal lines indicate the general period of site occupation, while the short lines indicate a single dendrochronological date. 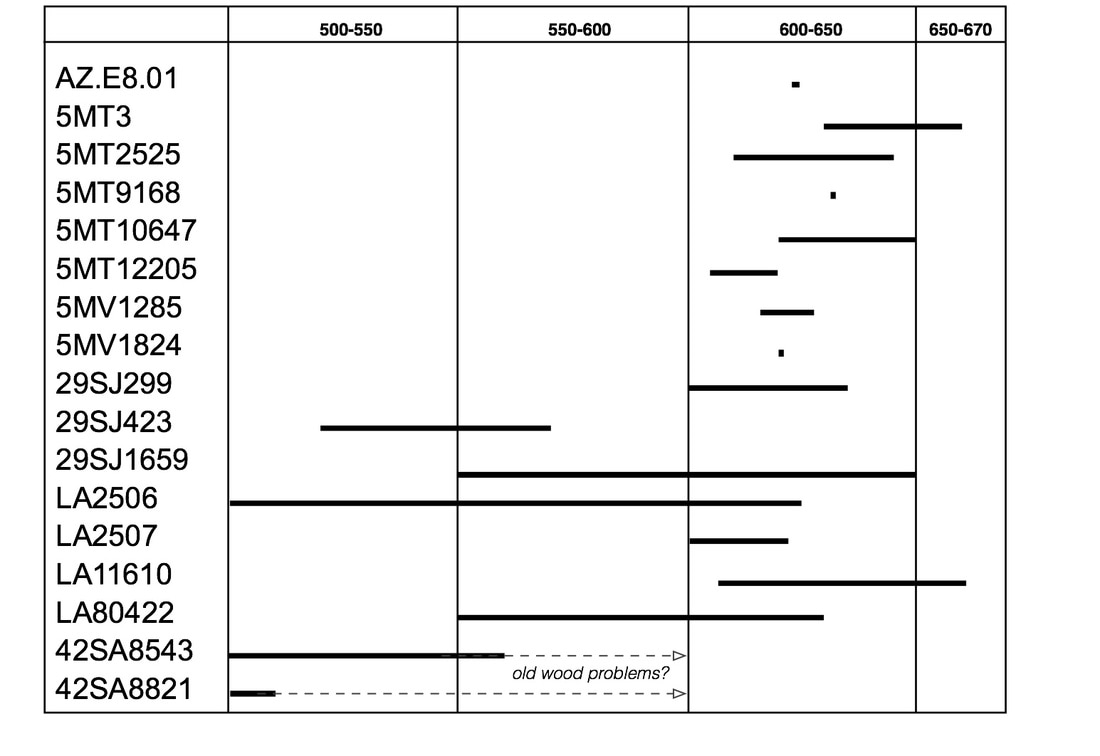 The Basic form, represented only at the Arizona and three Colorado sites, was apparently developed sometime between 600-650.  The Reduced form, present at the two earliest New Mexico sites, was probably developed by 550-600.  The Joined form was developed by 600-650, and possibly, based on the NFS assemblage, even earlier, sometime during 550-600.